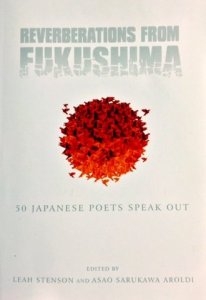 3.11.11 is a date forever imprinted on the memories of Japanese and other persons who were in Japan on that fateful day. A massive tsunami launched by a ‘thousand-year’ magnitude 9.0 earthquake inundated 400 miles of Pacific coastline north of Tokyo – about the distance from San Francisco to Los Angeles. It took the lives of 18,000 people and swept away farms, homes, fishing villages and whole cities. In the days following, multiple hydrogen explosions and meltdowns at the Fukushima Daiichi (No. 1) Nuclear Power Station, 160 miles north of Tokyo, forced the evacuation of 140,000 citizens who had to abandon pets, livestock, farms, and businesses, tearing apart centuries-old ways of life.

Almost four years later, we in the U.S. hear little about the aftermath of the nuclear accident and on-going policies of government agencies and Tokyo Electric Power Company (TEPCO) — who built the plant in rural Fukushima to supply power to Tokyo —  in dealing with the contaminated land, sea, air and the daily lives of the ‘nuclear refugees’ who cannot return home.

This unusual collection of poems fills a gap in our understanding of the human impact of  nuclear power on the people of Fukushima prefecture, on Japanese society, and on all humanity. Here is a rare chance to hear fifty Japanese poets speak to us directly in strong, clear voices, unfiltered by media or government. Originally composed in Japanese, skilled translators have made the poems accessible to English readers.

The volume opens with a preface by editor Leah Stenson followed by several essays and commentary by Suzuki, Wakamatsu, and others, that inform and give historical context to the poems. Following are excerpts from eight poems in the anthology, which address a range of themes from fear, betrayal, contamination, nature’s bounty, and love of ones home, to the politics of secrecy and the human significance of technological failure.

In “A Phantom Country of Civilization – From Hiroshima to Fukushima,” Ryu Nishida reveals the repeated mistakes of the country’s leaders and people, who followed in the dark.

A Phantom Country of Civilization – From Hiroshima to Fukushima
Swallowed up in a muddy stream,
though aware of the foolishness of the country’s policies,
the people of the country chose, without logic, the way of darkness.
They knew no way other than fighting with bamboo spears
against heavily-equipped invading forces

The last stanza is full of powerful imagery regarding the current situation.
We stand, powerless and bare-skinned,
in the scorching sunlight.
While radioactivity dances wildly in the wind and light,
no one can see it, or has any way to deal with it.
we stand, motionless, in the flow of time that passes from life to death.

Note: From 1962, Japan built 54 nuclear power plants that supplied a third of the country’s energy needs. All were shut down after the meltdowns at the Fukushima plant. There is fierce political, scientific, and social debate over whether and when to restart them. The government announced intentions to restart the first one, the Sendai nuclear power plant in Kyushu, in early 2015.

Masami Tanizaki, in “Transition of a Myth,” expands the nuclear dialog to the global stage, charging that by ignoring the effects of radiation we have endangered children everywhere.  We have to dig deep under the rubble and “discern the words” of “the ripe fruit hanging on the branches.”

Transition of a Myth

We already knew of
the wretched spectacle of nuclear testing in the Pacific,
the madness at Semipalatinsk
and the Iraqi children hit by depleted uranium rounds.

Will it turn out to be a myth
that they can return to the place where they were born?

We must keep looking at even what is hidden in the rubble,
We have to discern the words from the silence
of the ripe fruit hanging on the branches.

The posture of gaman, or patiently enduring adversity, is a strong culture value in Japan, particularly in rural, traditional communities of the Tohoku (northeast) region, which includes  Fukushima prefecture. In “Give Us Back Everything,” Yasunori Akiyama tell us that, “Those driven from their homes by radioactivity” are being treated “as an unimportant minority.” It is time to “locate the source of the pain” and “cry out loudly” to those in positions of power.

Give Us Back Everything

In an abandoned hamlet
several dozen cows
tied to cowsheds died, sprawled on the floor,
leaving tooth-marks on the wooden door frames.
From their parched hide,
from their hooves kicking the air
from the rusty iron beams of the cowshed
from the dirt of the floor,
from the dent in the roof,
from the roots of the grass, trunks of trees, and the air,
something is silently watching.

We must not be patient.
To be patient is to run away.
To endure is to look away from reality.
When it hurts, we should cry out loudly…

The last stanza is a chorus which “We should say in unison/ to those who hid what they didn’t want us to see”:

Akiyama’s last two stanzas bring to mind a poem by Sankichi Toge, who endured the atomic bombing of Hiroshima. His “Give Back the Human,” written in 1951, is  engraved on a monument in Hiroshima’s Peace Memorial Park:

Give back my father, give back my mother;
Give grandpa back, grandma back;
Give me my sons and daughters back.
Give me back myself.
Give back the human race.
As long as this life lasts, this life,
Give back peace
That will never end.

When Tokyo Electric Power Company (TEPCO) built the nuclear power plants in Fukushima’s verdant, coastal area to supply energy to metropolitan Tokyo 160 miles away, they convinced many, though not all, local citizens of the economic benefits — construction jobs and employment — using slogans such as, “Clean, Safe Nuclear Power.”

As a young woman just out of school, Hatsuko Hara was happy to get a job with TEPCO. Her mother warned her, however, that “The things that people do are not perfect./ A nuclear plant is the same as an atomic bomb.”  In her poem she informs the reader of why she terminated her job five months after the nuclear accident. Her message is one of sorrow, betrayal, and a new resolve.

The Day My Professional Career Ended

On August 31, 2011,
my professional career ended.
I retired from my company.

When I entered the company I told my parents,
Father and Mother,
Don’t participate in the anti-nuclear movement.
I am a member of Tokyo Electric Power Company.

I felt proud to be working for a company that produces electricity.
I found my partner
and bore two children.

Now, I am
a citizen concerned with conserving electricity
so that we can live without nuclear power.

In “Swindling of One Million Years,” Keiichiro Fujitani accuses “Those who transplanted the genes of the sun to this planet!/ Those who shoot arrows to the sun from this tower of Babel!” of ignoring the long-term consequences of the use of nuclear power for short-term gain.  Again, nature is a silent witness to the contamination of the environment.

Swindling of One Million Years

For the sake of your prosperity
of the next several decades,
haven’t you swindled one million years
from the Japanese archipelago?”

The last stanza echoes the first:

The winds of prayer
blow quietly
through the Japanese archipelago
from the north and the west
in our heart, and
on the wordless field of life
of nuclear contamination
where the dandelions and the lotus spread.

Last November on a bright, blustery day, I traveled south along the coast of Fukushima prefecture by train and bus as far as Soma. The Soma region is famous for horse-breeding and a 1000-year old festival known as “Soma Nomaoi,” or wild horse chasing. It is also just 30 miles north the Fukushima Daiichi Nuclear Power Plant. I had trouble finding a room, as hotels were full of temporary workers hired to decontaminate areas in the “nuclear exclusion zone.” Poet Hiroshi Suzuki calls the clean-up efforts a “disguise” and points out “swindlers” who profit from the disaster and cover-up “the real dirt.”

They eliminate the surface soil and wash the walls and roofs.
That is the disguise called decontamination.
Where can we flush away things
that will never become clean
in twenty thousand years?

Where does the real dirt lie?

We see swindlers everywhere.
Only our courage to stand up to them
can begin to decontaminate the real dirt.

The final two excerpts are from two poets, both born in Fukushima, who reflect on nature’s bounty and the sorrow of losing their homes and way of life that moved in rhythm to the seasons. In “To My Home,” Setsuko Okubo affirms, “Our prime blessing is brought by the soil..inherited and guarded.” In the first and last stanzas, the repetition of the names of wild plants they used to gather serves as a litany.

Butterbur sprouts, five-leaf aralia, fatsia sprouts, bracken, and parsley.
When the mountains are ready
for the sprouting of plants,
the rice fields are dug, and the fields are cultivated,
calves are born,
horses are pastured,
and chickens lay eggs.
It’s a season full of life.
In the fall
Ears of rice rustle.
The smell of rice heralds the harvest.

Then, “In a twinkle it vanished../ life-taking radiation —/ contaminated my home”

We had to slaughter the cows that we had tenderly watched over.
We abandoned our racehorses that we had raised with the utmost care,
left our houses, fields, and livestock, and evacuated.
We drift from shelter to shelter as refugees.

Spring has rolled around again.
Butterbur sprouts, five-leaf aralia, fatsia sprouts, bracken, and parsley.
They are waiting to be picked
on the desolate land.

Chihiro Uozumi movingly paints a picture of the beauty of her home on the coast of Fukushima, and the soul’s longing for what was taken by the nuclear accident — “a scream of excess.”

The Place Where the Soul Flies

There was a broad sky.
There was a deep blue sea.
A snowy white sand hill spread out, and deep green pinewoods grew thick.
The place where I was born and raised
was a quiet coastal town,
a place where the soul flies.

On that day,
Was it a cry or a scream of excess?

That path
terminated in the sea at Fukushima
and brutally exploded.

The final stanza echos the first:

There was a broad sky.
There was a deep blue sea
My hometown
is still the place
to which my soul returns

Kudos to the editors – Leah Stenson of Portland and Asao Sarukawa Aroldi of Tokyo – for selecting and editing these fifty poems and bringing Reverberations from Fukushima to life. The collection more than meets their goal to “open the eyes of the American public to the dangers inherent in uranium-based nuclear power” and “enhance Americans’ knowledge of contemporary Japanese poetry.”

Inkwater Press is to be commended for undertaking the publication of this bilingual collection – open the book at the front to read the poems in English, open at the other front to read the poems in Japanese, or at last admire the neat, vertical script! Learn more about Fukushima – the land, the people, the nuclear accident, what’s happening today. http://fukushimaontheglobe.com/

Reviewer Bio: Ruthy Kanagy is the author of “Living Abroad in Japan” (2013, Avalon Travel Publishers). Her poems have appeared in Fault Lines Poetry and Eugene 150th Birthday Celebration Poetry Collection. A native Tokyoite living in Eugene, she is mostly retired, loves to hike and travel with her bike, and leads Japan Cycle Tours annually.

2 thoughts on “Reverberations from Fukushima: 50 Japanese Poets Speak Out, reviewed by Ruthy Kanagy”