Leaving Bones Upon the Sand

He could not stay away from the beacon house.
The turret of light pulled him, flopping
up the beach, gills drowning in the air.
There was no desire but the primitive need to satisfy
curiosity about the creature that looked out to sea,
then back to land, with a swivel for a neck.
Realization came too late, there was no mystery and water too far away.
Weariness closed his eyes for the last time,
while fingers of light try to push eyelids open, singing
“Stay at sea, stay at sea.” 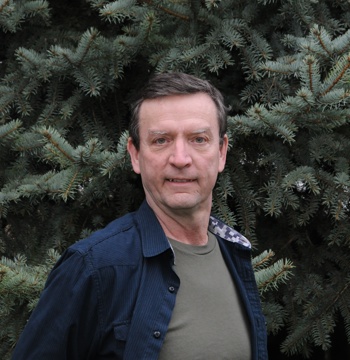 Andy Durrenberger: The poem “Leaving Bones Upon the Sand” began as a writing prompt at a Wordstock workshop in 2012.  The presenter handed me a postcard of a windswept lighthouse but for some reason the words beacon house seemed more appropriate. Ten furious minutes later I not only had the beginnings of the poem but discovered I was in a workshop for fiction writers. They were patient and kind with their criticism, usually starting their sentence with “you’re a poet!?” No matter, after about a year of adding and subtracting commas , the words finally reflected the idea I intended.  With so much of the world pulling us to distraction, it is easy to become drawn by curiosity rather than need.  It is when we devote too much of ourselves to one “shiny” that we fail to provide for the mundane and necessary parts of life that make it possible to just breath.

It is an honor to be able to share my poem with so many people and I am thankful to the OPA for their support of Poetry in Oregon.

Andy Durrenberger grew up as the oldest child of a career U.S. Air Force family. By the time he graduated high school there had been seven moves, living in places like Nebraska, Roswell N.M., Puerto Rico and Germany. Relocating to Oregon in 1990, he settled in the Portland area and began a family with his wife, Loralyn. He is a 2007 graduate of Portland State University where his professors included Henry Carlile and Ursula K. Le Guin. Previous poems have been published by Four and Twenty and The Railroad Poetry Project.