That he no longer sleeps past four in the morning.

That she drank a six-pack of Miller’s before lying down with the handgun.

That her son’s camera was filled with photos. That his desk was organized neatly. That his socks were dirty. That he looked serene beneath the bandages and tubes. That she had to decide about the tubes. That he already had decided about his corneas and kidneys.

That his niece refused to walk by the casket. That she said he had raped his own wife. That his wife was pregnant, and crying.

That he misses his children. That he hates pulling sentry duty. That he sweats 24 hours a day, even in his sleep. That his fatigues smell like mildew. That he decides never to eat Chinese food when he gets home.

That two of the brothers sobbed at the wake, and a third told them to stop. That they met their uncle for the first time, and his hair was red. That they found yellowing union leaflets beside the rubber bands and scissors in their mother’s kitchen drawer.

That he told her never to bring a black man home. That he used different words. That he threatened to lock the gate. That he reminded her about his deer rifle.

That his room always reeked of Old Spice. That his mother’s father taught him how to shave. That he never met his own father, but knew where he lived. That he worked the night shift at Motel 6 for 12 years. That no one returned his library books.

That he might have been someone else, if not for the obit. That the picture looked remarkably like him. That she has his wedding invitation from 1981 in a shoebox at the back of the hallway closet.

Wherefore, my only flashlight is broken. 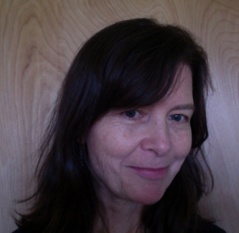 Keli Osborn said: I wrote “Codicil for Grief” as I considered again the loss to suicide of a beloved family member. In the process of reflecting and writing, other half-memories, borrowed anecdotes and imagined stories surfaced and blurred. I wanted to capture some of the howl in binding and unbinding ourselves to one another–speak to our most basic contracts and inevitable violation.

Keli Osborn is a writer, teacher and mediator living in Eugene with her family. She reads and writes poetry with the brilliant support of Red Sofa Poets and 1st & 3rd Thursday, and has been published in Denali, New Verse News, and regional chapbooks. Keli was a point guard on her high school basketball team, which explains everything.